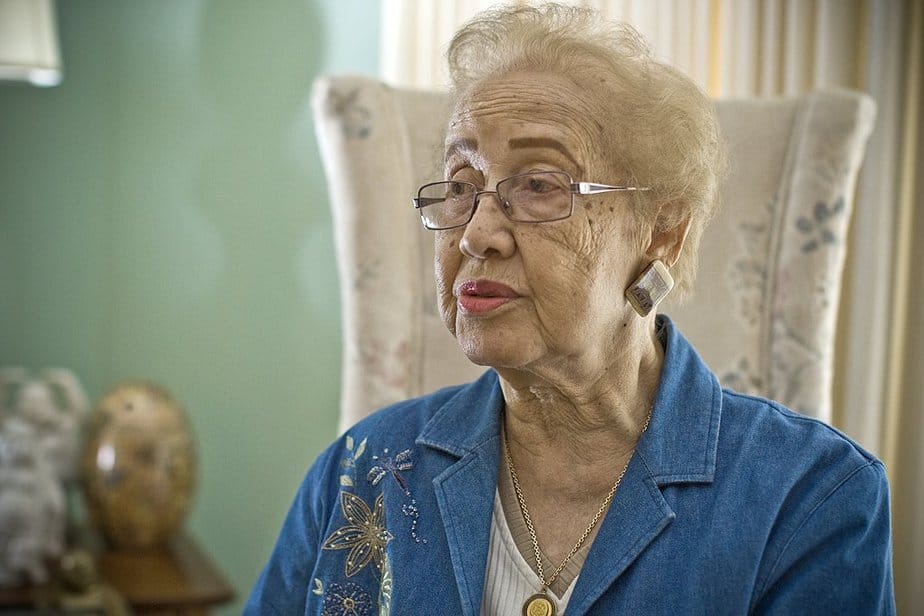 When Katherine Johnson first saw the light of day in West Virginia in 1918, there was nothing to suggest the extraordinary life she was to lead. There was not very much hope for an African-American woman born in rural America in the second decade of the 20th century. But already her high school principal noticed Johnson’s unusual mathematical talent, which would open many doors for her. However, she would remain in high school only until she was 14 before quickly moving on to college.

From High School to NASA

When she was 15, she took courses in advanced mathematics. By this time, the girl had already developed her interest in astronomy. After graduation – at the age of 18! – Katherine took a job as a teacher, and already in 1940, her former university wanted her back. Unfortunately, she had to discontinue her postgraduate studies because her husband, whom she had married in 1939, fell ill with cancer. In 1953, Katherine Johnson finally found a job with NASA – initially as a “computer in a skirt”, as the black mathematician was called there. This is when her career really took off, and NASA should remain her last employer.

Read More: Terence Tao – The Most Intelligent Person in the World

Johnson quickly gained a reputation for her persistence within her department. Of course, her superiors quickly realized that she was technically excellent, but her insistence on attending meetings and briefings was unusual at the time. “I followed up, I wanted to know why. They got used to me asking questions and being the only woman,” Katherine Johnson was quoted in 2013 in a short online biography on NASA’s website. After observing the inner workings of the organization for a few years, she landed a coup that would open all the doors for her within the National Aeronautics and Space Administration.

No Moon Landing Without Katherine Johnson?

It was another reach for the stars, only this time not so much in the figurative sense. Katherine Johnson succeeded in writing a treatise that would from then on serve as a theoretical basis for manned space flight. Without her contribution, Alan Shepard’s trip into orbit might not have been possible. Shepard was part of the Mercury-Redstone 3 mission – and the second man in space only 23 days after Yuri Gagarin. With this success, Katherine had made a name for herself at NASA, but only later would she become a legend.

Because it was Katherine Johnson who then calculated the correct orbit for the Apollo 11 mission in 1969. In addition to the pilot of the Command Module, Michael Collins, the spacecraft carried the two astronauts Neil Armstrong and Buzz Aldrin – and they were to become the first two humans to walk on the moon. Without Katherine’s mathematical genius, the moon landing might not have happened until a few years later.

Finally, only a year after this, her genius was to save the lives of astronauts Jim Lovell, John Swigert, and Fred Haise. For it was her calculations that enabled the astronauts on the Apollo 13 mission to make a safe journey home from that famous lunar mission. Until her retirement in 1986, Katherine Johnson remained loyal to NASA and for her achievements was awarded the Presidential Medal of Freedom in 2015.

Who was Katherine Johnson?

Katherine Coleman Goble Johnson, an African American born in 1918, was an incredible mathematician. Due to her special abilities, she attended high school at the age of ten and completed her studies when she was only 18. When she later worked for NASA, her talent for math was soon recognized and it became her job to verify the accuracy of computer-calculated orbits for planets.