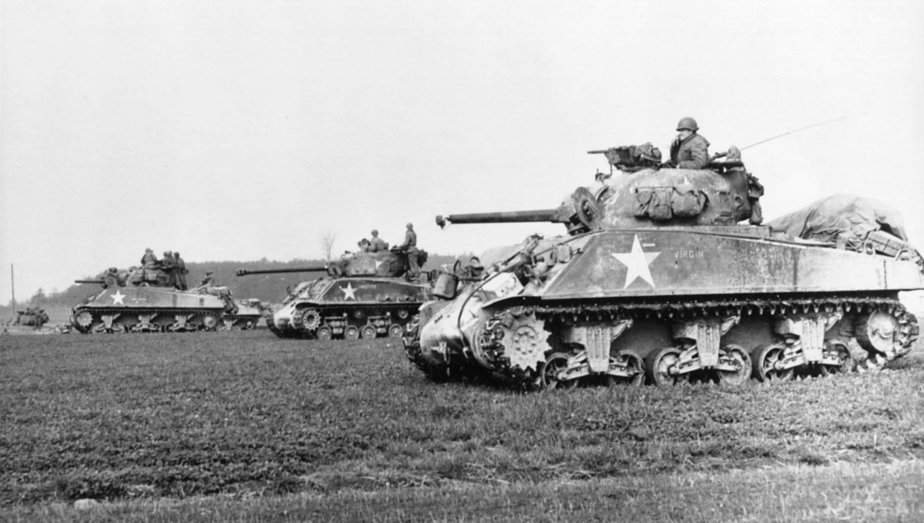 If you think of a ghost army, you probably have a non-existent unit in mind, or a corps that was almost wiped out. But in fact there was once a ghost army that really deserved that name. Because what the 23rd Special Troops unit under General Jacob L. Devers staged during the Second World War was spectacular and, on top of that, decisive for the course of the war!

A ghost army is defeating the Wehrmacht

Jacob L. Devers was, by all accounts, a prudent man. In the last year of the war, he refused to obey an order given by his powerful superior, Ike Eisenhower, out of conviction. Whether he was punished for this is hard to say, but his good relationship with his allied partner France was more important to him than obedience. But Devers was an important strategist: after all, he was the commander-in-chief of the US forces in Europe, and a year earlier he had established the Ghost Army.

Now, it is nothing new that especially in war times there is deception and trickery wherever possible. But Devers had actually founded the 23rd Special Troops especially for this purpose. Of course, there were plenty of soldiers in this special unit – but that was not all. The Corps also included architecture and art students as well as advertisers and countless volunteers. After all, the objective was not to drive around in a tank and kill the enemy, but to wage a completely different kind of war.

It’s all about deception

The purpose of Jacob L. Devers’s ghost army was to deceive the Wehrmacht time and again, because a misled enemy consumes important war resources, namely energy and ammunition. One only had to make the Germans believe that the dummy tanks were real, and then they would shoot at the decoys and senselessly squander their bullets. They only had to appear real, the inflatable tracked vehicles and jeeps.

One of the Ghost Army’s other specialties was to camouflage factory buildings so that the Nazis would not notice them. This was a perfect move, especially for defense industry plants. By painting these buildings in specific colors, Devers’ troops managed to make them virtually invisible to the enemy. The special unit was not only skilled in optical illusions, but also in acoustic deception.

Radio operators, for example, deliberately sent fake radio messages which the Nazis were supposed to intercept, so that they would draw false conclusions. But things got even a bit crazier. The Ghost Army created sound effects with modern loudspeakers to signal to the enemy that large troop movements were taking place. The extent to which the success of the Allies can be attributed to the Ghost Army is hard to say, but it is the result that ultimately counts. Because in May 1945, the German Reich capitulated. In September 1945 – the Pacific War had ended after Hiroshima and Nagasaki – the unit was finally disbanded. It would not become public knowledge, however, until 1996. Up until then, the Americans kept all the military files secret.