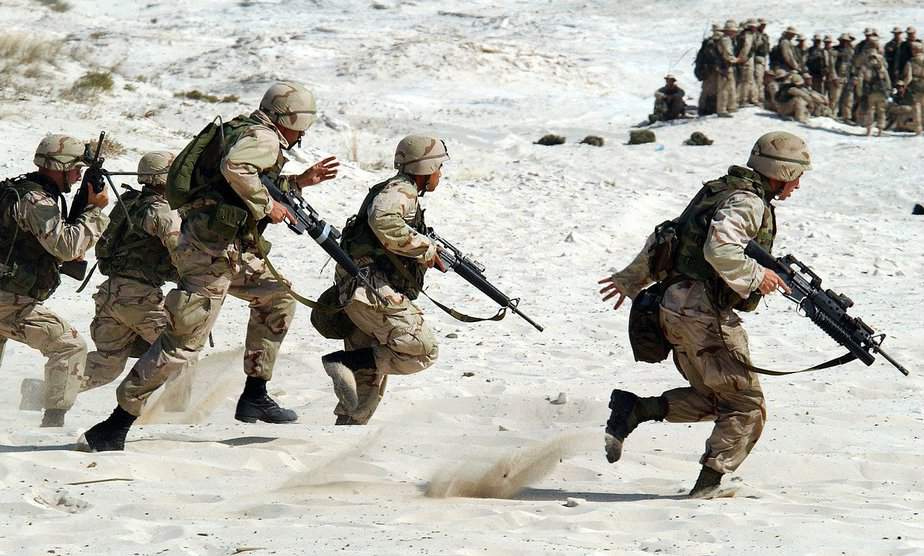 The Returning Soldier Effect is a phenomenon that soldiers who returned from wars are more likely to father sons than other genders leading to an effect that during war times more boys than girls are born. If you want to learn more about that phenomenon and the reasons for it, you should definitely continue reading.

How was this effect discovered?

During a study conducted in 1954 by MacMahon and Pugh in the United States, the two scientists came to a surprising conclusion. Originally, they had wanted to investigate how many white children were born in the US during the Second World War. But while they were doing this, they discovered one of the most incredible phenomena in the recent history of science.

They noticed that during the Second World War more boys were born than girls and that this effect can be seen in several countries participating in World War II like Austria, the US, Belgium, France, Germany, Denmark, the Netherlands, and the UK (only for Italy and Spain there was no significant change of the gender ratio). However, they were not able to come up with an explanation for this.

Read More: The development of chemical drugs by Nazi Germany

In their search for answers, the US scientists also examined the birth rates in earlier centuries and came to the conclusion that always during and after a war, more boys than girls were born. For a long time, there were no explanations for this “returning soldier effect”, as scientists called it – until evolutionary researchers put forward an interesting theory.

What is the reason for the Returning Soldier Effect?

One of the first explanation for the Returning Soldier Effect was that it is just an evolutionary phenomenon. As sons have a higher expected reproduction rate than daughters during and immediately after wars in which many men die this theory was proclaiming a general preference by nature for boys in order to increase human reproduction. However, this theory is not rational as it is impossible for parents to know in advance how long war may last.

Another explanation by Grant was saying that not the father but the mother had a higher impact on the sex of the offspring. Grant was assuming that the more testosterone a mother is having in her blood the higher the chance of giving birth to a son. During war years women had to be “harder” and “tougher” and as a result, they have more boys, presumably because their testosterone levels increase during wars.

Read More: Why does Iceland have no military?

Scientists however are skeptical about that theory as there is no proof for a mother’s impact on a child’s gender. In addition, this theory also cannot explain why the gender ratio remains high even a few years after the end of the war.

The most likely explanation for the Returning Soldier Effect

The most common theory however comes from a study of British soldiers that showed that survivors of war are, on average, taller than the fallen soldiers. From an evolutionary point of view, this makes sense because it can be assumed that larger men are also stronger and therefore have more strength and endurance.

Why do taller soldiers have a better chance of surviving in a war?

There are actually two main theories to explain why taller soldiers have a better chance of surviving in a war. The first theory states that taller soldiers tend to be physically stronger and fitter giving them a natural advantage in fights with smaller and weaker soldiers.

A second reason might be that height is also correlated with intelligence. More intelligent soldiers might reach a higher military rank reducing the chance of being involved in dangerous situations due to their relative seniority.

How big is the impact of that effect?

The days of the First and Second World Wars and other major wars are long gone, and the question remains whether the “returning soldier effect” will continue to have the same effect as observed in those times. Statistics show that this is no longer the case, despite the war in Iraq, the Ukrainian crisis, or the Syrian conflict. Once again, the question is: why? But here, too, scientists have found a very plausible answer.

The reason for this is that the way in which war is waged has changed. Instead of focusing on large battles, wars nowadays rely on effectively deployed troops and state-of-the-art technology. Not as many men go to war as in those times, and accordingly, this also means that more men survive – in absolute terms. The evolutionary selection of larger men resulting from wars in those days no longer plays a role, and the same goes for the “returning soldier effect”.

What is the returning soldier effect?

It’s the historical phenomenon that soldiers who returned from wars are more likely to father sons than other genders.

Why is that effect?

There are a lot of explanations for that but the most serious one is that survivors of a war are, on average, taller than the fallen soldiers and at the same time it was also demonstrated that the probability of giving birth to a boy is high when the parents are tall.

Statistics show that this is no longer the case.

link to What is and was the largest animal in the world?

Everyone knows Microsoft or at least their flagship computer software "Windows" or "Microsoft Office". But do you also know what "Xbox" stands for or why a guy named Mike Rowe was sued by the...