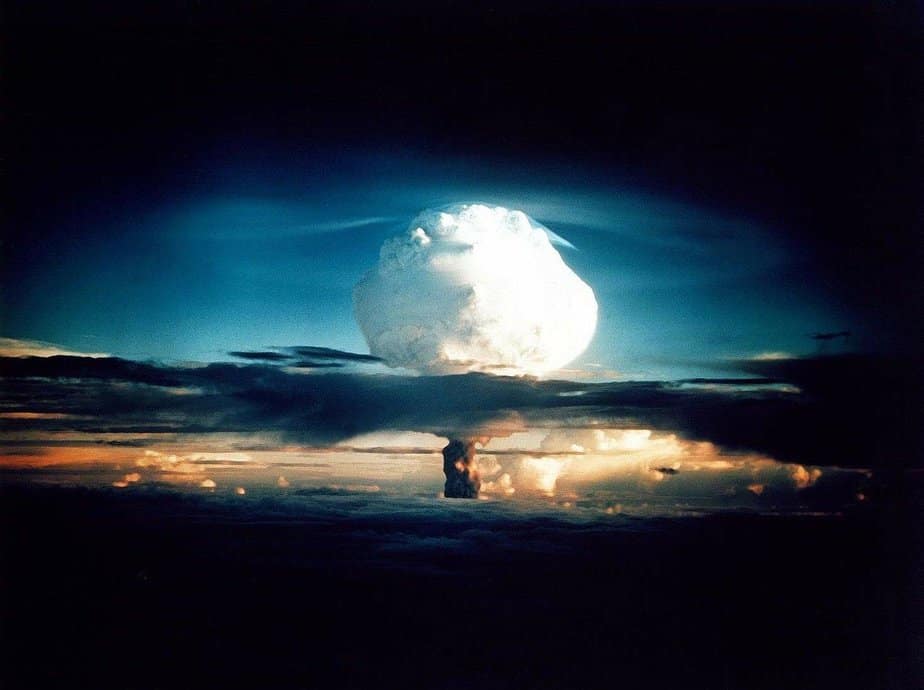 It was August 6, 1945 – a day on which history was written. While the World War II had already ended in Europe, it continued bitterly in Asia. In order to force Japan to finally surrender, the USA used the dreaded atomic bomb – twice. Tsutomu Yamaguchi was very close to the sites of both drops – and he survived.

How he survived the first atomic bomb in Hiroshima

Tsutomu Yamaguchi would never forget the day when atomic bomb Little Boy hit Hiroshima. On the morning of 6 August 1945, he was just ending a stay in Hiroshima. The 29-year-old had spent three months in the large city for his employer Mitsubishi Heavy Industries, but instead of travelling home as planned with his colleagues Akira Iwanaga and Kuniyoshi Sato, he had to return to the office one last time.

A little later the first atomic bomb was detonated at 8:16 a.m. at a height of 600 meters above the city. Yamaguchi heard the deadly bomber Enola Gay just before the bomb exploded, but it was already too late. The huge explosion lit up the cloudless sky and sent about 80,000 people to their deaths – mainly civilians. Tens of thousands of further victims would die as a result of the radioactive radiation in the next weeks and months.

But Tsutomi Yamaguchi escaped the Grim Reaper that day. When Little Boy exploded and turned the city into a horror scene, he was just getting off a tram about three kilometers from the drop point. The blinding lightning of the explosion dazzled him, the enormous heat wave caused severe burns to his upper body and the shock wave destroyed his left eardrum. Heavily injured, he went to his employer’s shipyard and met his two colleagues there. They, too, had survived. Together, they spent the night in an air-raid shelter without being able to realize the consequences of the situation or the extent of their own injuries. So the next morning Yamaguchi set off for the train station to make his way home in spite of his numerous bandages. Countless other burn victims shared his journey.

The second atomic bomb in Nagasaki

Early on 8 August, Yamaguchi finally reached his destination – unaware that the second atomic bomb was about to strike just there. First, he had his burns treated in the nearest clinic before returning to his family. While the world turned its eyes to Hiroshima and followed the harsh words of US President Harry S. Truman, Yamaguchi was finally able to embrace his wife and son.

The following day, 9 August, he wanted to tell his boss about what had happened to him in Hiroshima. At that moment, at 11:02 a.m., the bomb Fat Man was detonated over Nagasaki. Once again, he was only three kilometers away from Ground Zero. When he saw the mushroom cloud through a window, he immediately threw himself to the ground looking for protection and escaped the shards of the shattering windows. The shock wave tore the bandages off his body, but apart from another almost lethal dose of radiation, he remained largely unharmed this time. He hurried to his family and discovered with great relief that they too were unharmed.

He had survived an atomic bomb attack for the second time, making him the only officially recognized double atomic bomb victim – a double Hibakusha. After the devastating bombardments, the family remained in an air-raid shelter until Japan announced its surrender on 15 August. Yamaguchi continued to suffer from burns and the effects of radiation for a while, but he recovered and was able to lead quite a normal life. He even fathered two more children with his wife and lived with his family in the rebuilt city of Nagasaki. On 4 January 2010, he died of stomach cancer at the age of 93.