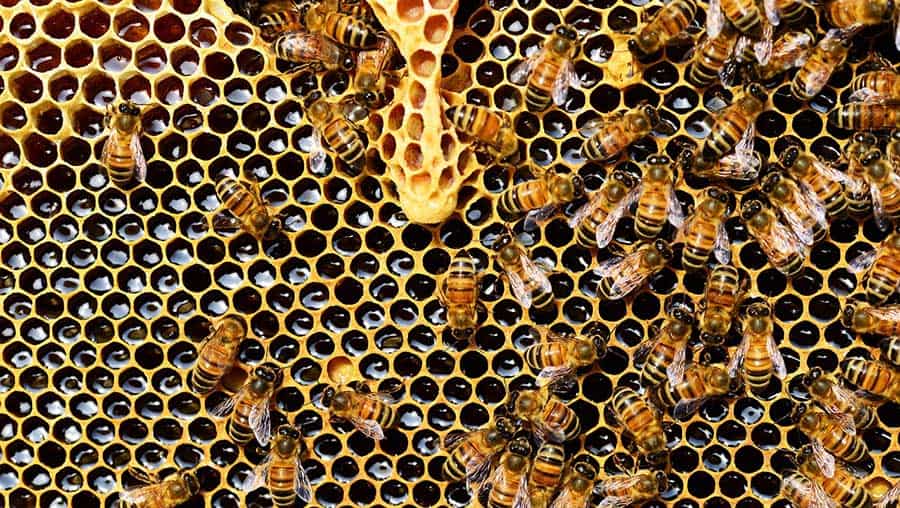 No matter which time period you look at, there always seem to be problems between humans that sooner or later end in war. Occasionally it is even alleged that we are the only species that goes to war against its own kind. But is that really the case? In the animal world, there are numerous examples of aggressive behavior towards other members of one’s own species as well. The struggle for supremacy in a pride of lions can still be seen as a comparatively gentle example. The smallest creatures on our planet, however, can be a lot more ferocious. Because just as with humans, some insects can wage brutal battles between large groups.

Bees that fight with each other

For a long time science believed that bees, ants and wasps were the perfect model of social coexistence. All small animals of one species work hard for their own colony, and there are no disputes. That was the general idea – until the 1960s. By then it had become clear that appearances are deceiving.

Among bees, for example, there are regular fights for descendants. While the queen of a swarm of bees prefers a balance between males and females for optimal reproduction, the workers try to promote their own female offspring. In order to resolve the problem, the workers in a bee colony resort to a drastic measure: they simply eat the male brood. So anyone who thinks that Cain’s biblical fratricide of Abel is frightening should try and spend Easter with a swarm of bees sometime.

The bees’ behavior is only worse during the winter. Because if there is a risk of food shortage in the cold months, the male drones are cold-heartedly pushed out of the beehive by the female workers. Of course, they don’t put up with this without a fight and start a war over the swarm’s last food resources. Naturally, a large number of bees die during these battles, which ultimately leads to a higher food supply for the survivors.

Do ant colonies go to war?

But bees are not the only animals apart from humans that fight each other. Deadly conflicts also regularly occur among ants. For example, the little creatures frequently fight over their own offspring. While the queen only tolerates her own descendants in the tribe, the workers try to have their own children. However, an ant that bears offspring cannot help in the search for food and is therefore dependent on the help of others.

They, however, are not at all happy about the new competitors for their food and have no intention at all of helping the offspring of other ants. Quite the opposite: occasionally, ants even eat the eggs of other ants to prevent new offspring from hatching. As if that weren’t enough, however, this is followed by punishment for unauthorized motherhood. During this, all the ants whip the obstinate mother with their mandibles.

In a termite colony, the situation is even more brutal. These little creatures don’t like it at all when they have to share their food with other termites and therefore sometimes go to war. In such a case, the other colony is completely wiped out until not a single descendant remains. The small animals have no mercy. Any enemy that cannot escape fast enough is killed and eaten.

The reason for these animal battles is evolution. In the fight for the transmission of one’s own genes, any means is fine to increase one’s own chances of survival and those of the offspring. However, scientists have not yet been able to explain why there are species that take such brutal action against their own kind, while others tend to use more “peaceful” means such as banishment.