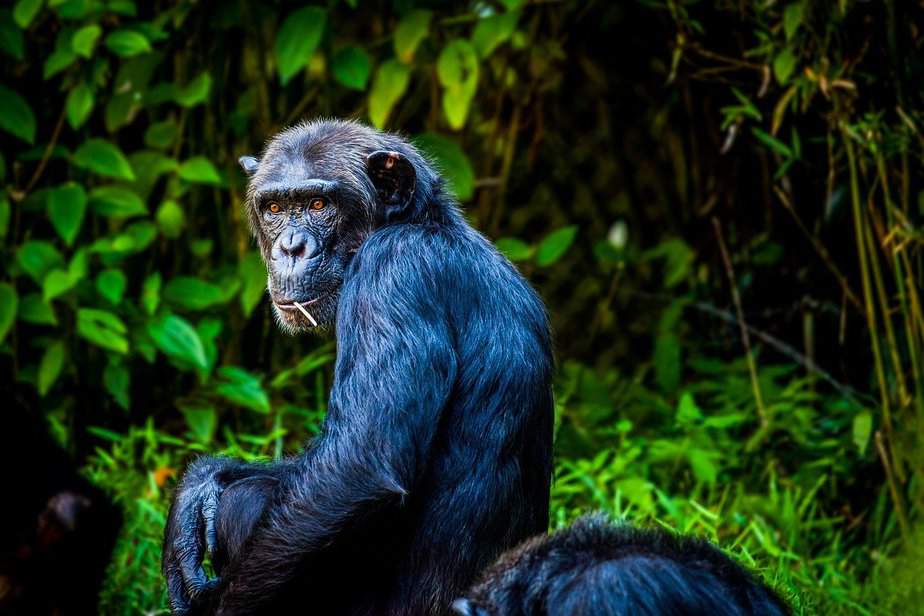 Art is a matter of debate. But is it really art when a monkey swings a brush and smears unclear shapes on a canvas? This question divides the minds of the art scene and was first asked when the chimpanzee Congo was given a brush in his hand in the 1950s for an experiment by the British behavioural scientist and artist Desmond Morris. Find out what’s behind the story, who Congo’s biggest fan was and how much the monkey’s artwork is worth.

Congo – a chimpanzee learns to paint

With some abstract art, one really wonders what the creator was thinking. Instead of fine and detailed drawings of reality, as is usual in classical art, artists now tend to experiment more and more, frequently baffling their audience. The saying “Give me a brush, and I’ll whip up junk like this in two minutes” became the slogan of every art class student.

Artist Desmond Morris, however, took it to new extremes by putting a brush in the hand of a two-year-old chimpanzee named Congo and waiting to see what “works of art” the little ape would create. Naturally, Morris didn’t expect young Congo to display Michelangelo’s love of detail, but he did hope for maybe the creativity of, say, Oscar Kokoschka.

Over the course of more than two years, Congo the ape was allowed to live out his artistic creativity, producing a total of more than 400 abstract paintings. This was particularly remarkable due to the fact that neither Desmond Morris nor anyone else had ever shown the monkey how to paint or how art “works”. Unfortunately, young Congo died of tuberculosis at the age of ten, putting an early end to his artistic life.

For inexperienced philistines, the abstract art created by the chimpanzee Congo looks no different from other works in this style or the oeuvre of Wassily Kandinsky. Art lovers, however, now compare the paintings to Pollock’s action art or the 1940s Tachisme movement. During his lifetime, however, Congo’s art met with scorn and contempt and was sold only at very low prices. But this changed abruptly when the master himself – Pablo Picasso – outed himself as a fan of the chimpanzee painter and bought individual paintings for his own private collection.

Read more: A Monkey that’s moving a wheelchair only through its thoughts

In 2005, Congo’s works of art experienced a renaissance when the London auction house Bonhams auctioned three paintings by the ape artist for more than £14,000. But why anybody would be willing to spend so much money on abstract art created by an ape with the IQ of an infant remains a mystery to many people.