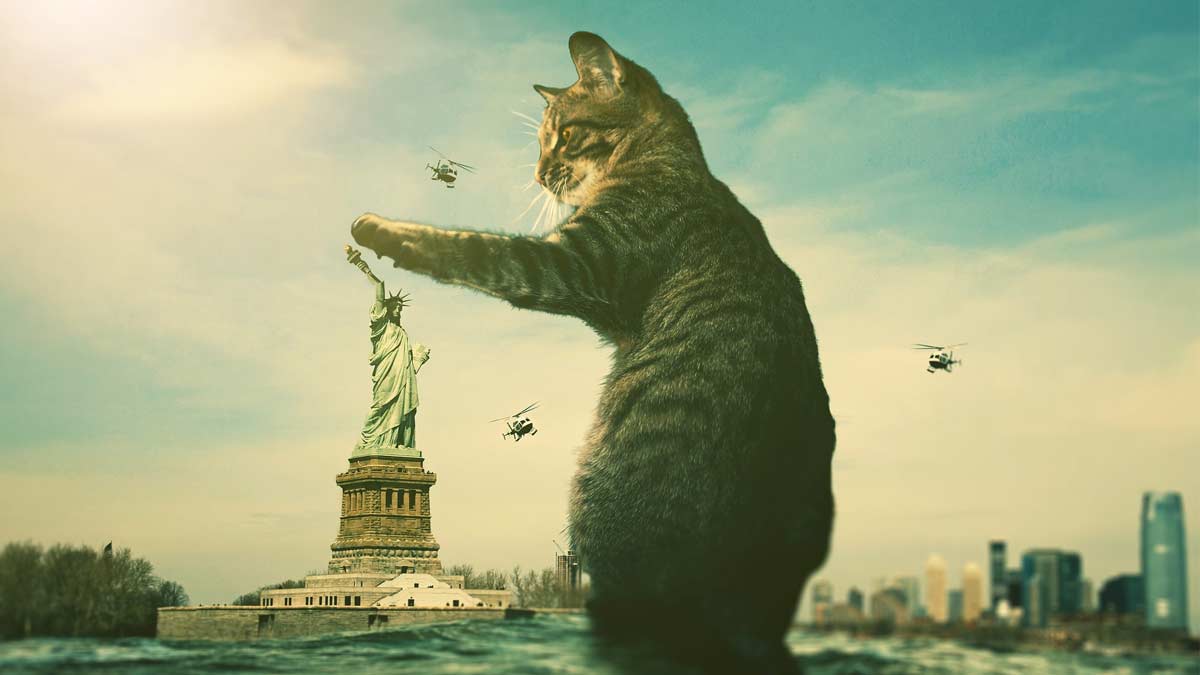 People are generally fascinated by superlatives – whether it is the fastest car, the tallest building, or the largest animal in the world. Especially when it comes to the question of the largest animal, the blue whale is often mentioned, but in fact, the question is not so easy to answer, because size is an ambiguous term. It can mean length, height, volume, or weight. Therefore, we have looked at all possible aspects of size and have found out a lot for you. In doing so, we not only looked at the present time but also took a look back into the history of our blue planet.

What is the longest animal in the world today?

According to current research, the bootlace worm Lineus longissimus is the longest animal in the world. The species can reach a length of 180 feet (55 meters) but has a diameter of only 0.20 to 0.39 inches (five to ten millimeters). This is shown by a specimen washed ashore in Scotland in 1864. They live in the northeast Atlantic around the British Isles and along the Norwegian coast into the North and Baltic Seas.

This makes Lineus longissimus longer than the blue whale, which can grow up to 108 feet (33 meters), or the Lion’s mane jellyfish, whose tentacles can even reach a length of 121 feet (37 meters).

What is the tallest animal in the world today?

The highest animal on our planet today is the giraffe. It comes to a height of up to 19,3 feet (5.88 meters), for is the largest documented specimen. No wonder that the animals also belong to the Big Five of African animals. The heaviest known giraffe brought it to 4,250 pounds (1,930 kilograms).

Giraffes are found exclusively on the African continent and can reach an age of 38 years in the wild.

What is the heaviest animal in the world?

Blue whales are home to all oceans except the Arctic Ocean and can live more than 110 years. And also to clarify this question: they have the longest! The penis of a blue whale is the longest in the world with a length of 6.5 feet (two meters).

What is the heaviest animal on land today?

The African bush elephant is the heaviest land creature on earth, weighing over six tons and measuring 10.5 feet (3.20 meters). The tallest specimen was even 13 feet (3.96 meters) tall and weighed an estimated 11.5 short tons (10.4 tons). The herbivores live in herds in the African savannah and reach an age of up to 75 years.

What was the largest land mammal of all time?

The Paraceratherium was the largest land mammal that ever lived on the planet. It could grow up to 30 feet (nine meters) high and weigh up to 22 short tons (20 tons). This made it ten feet (three meters) taller than a giraffe and twice as heavy as the most massive elephant. The giants fed on plants and lived 22 to 34 million years ago.

What was the biggest dinosaur?

For all dinosaur fans who gazed wide-eyed at the prehistoric giants as they stomped across the screen in Jurassic Park, the question of the superlatives of prehistory is always of the utmost importance. Here are the winners in the length, height, and mass categories.

What was the tallest dinosaur of all time?

The highest animal that ever lived on earth was probably the Sauroposeidon with a height of 59 feet (18 meters). One cervical vertebra of the gigantic herbivore was already 4.6 feet (1.4 meters) long and the total length of its neck was probably about 39 feet (12 meters). The rest of its body was up to 20 feet (six meters) high – thus already somewhat larger than a giraffe. The Sauroposeidon lived about 110 million years before our time and was hidden in Oklahoma in 2000.

What was the longest dinosaur ever?

The Patagotitan mayorum was probably the longest dinosaur in the world, with a length estimated at 122 feet (37 meters). In 2012 in southern Argentina, the fossils used to reconstruct its huge body were discovered. The animal roamed the earth about 100 million years ago in search of abundant plant food.

What was the heaviest dinosaur of all time?

The Patagotitan mayorum is also the heaviest dinosaur that ever existed. It weighed 77 short tons (70 tons), as much as a Boeing 747.