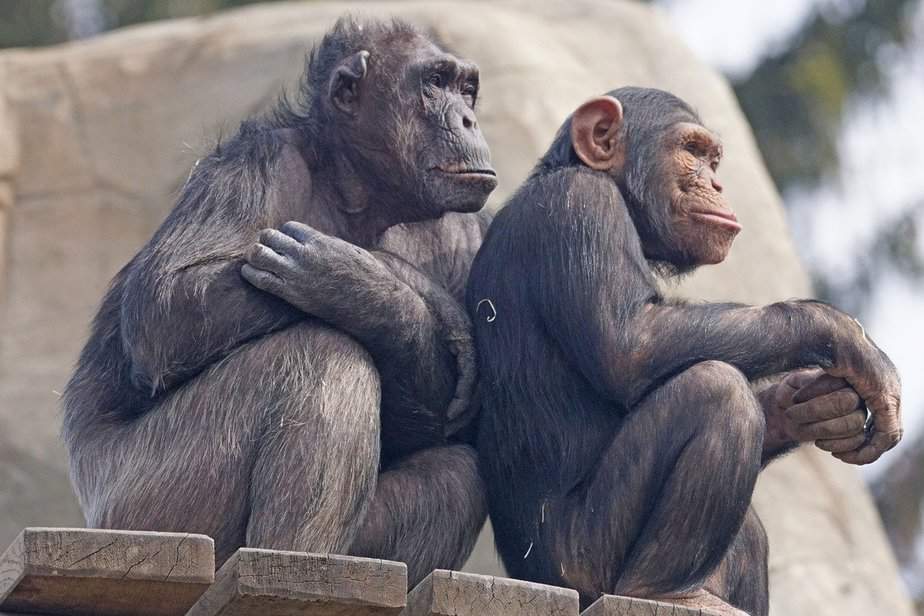 It has long been no secret that man is not the only animal on our planet that goes to war against his fellow species. A similar behavior has been observed in bees and ants. But for a long time it was believed that humans were at least the only primate capable of waging war against their own species. This changed at the end of the 1970s, however, when a long-lasting war between two groups of chimpanzees was observed in Tanzania, which resulted not only in killings but also in abductions and torture. Our article gives you the background of this story.

The outbreak of the chimpanzee war

British behavioral scientist Jane Goodall dedicated her entire life to researching primates. But even she could initially not believe what she had to observe between two chimpanzee groups in the Gombe Stream National Park in Tanzania between 1974 and 1978. Two chimpanzee groups were living in this national park and they started a war against each other. To be precise, the Kasakela Group from the northern part of the national park and the Kahama Group from the southern regions of the park fought each other during this time.

It is believed that both groups previously formed a common primate community, but later separated for unknown reasons. The Kahama group consisted of seven males and three females, while the Kasekela group included eight males and 12 females.

The first outbreak of fighting began on 7 January 1974, when several Kasakela males attacked and killed the chimpanzee “Godi” of the Kahama Group. To date, this is the first known situation in which a chimpanzee was deliberately killed by other chimpanzees.

The Impact of The Gombe Chimpanzee War

Over the next four years, all males of the Kahama Group were killed by the males of the Kasakela Group. But also the females suffered from the war. One female was killed, two more disappeared and three were beaten or kidnapped. The Kasakela were able to win the war and take over the Kahama territory. But the victory did not last long. The new territory now bordered on the habitat of a third group of chimpanzees and here, too, warlike conflicts claimed blood and lives on both sides.

The brutal highlight of the war between the Kahama and Kasakela groups, however, was the behavior of a high-ranking Kasakela chimpanzee mother. She killed a child of the Kahama group and drank the blood that ran from the wounds to the skull. This showed that chimpanzees are not only capable of war against other chimpanzees, but also of cannibalism.