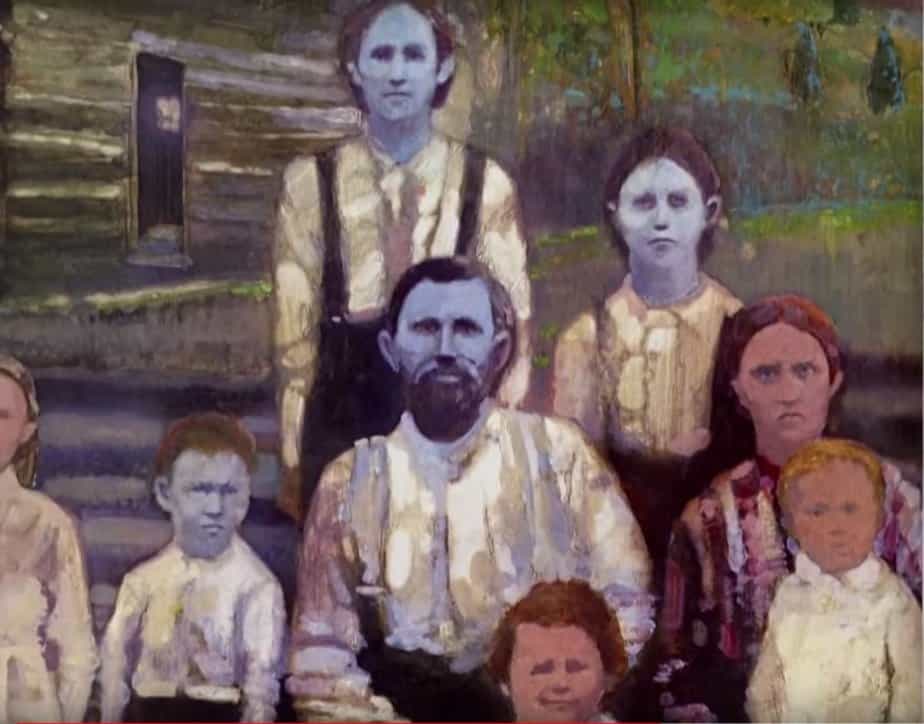 In our opinion, the evolution of man is the most impressive underdog story of all time. With the evolution from a monkey living in the trees to a creature with an upright gait and the ability to develop and use tools, we became the all-dominant species. This was achieved on the one hand by adapting to environmental conditions, mixing of genetic material with other conspecifics but also by mutations. One of these led to the fact that almost an entire mountain village was populated by humans with blue skin. What this is all about, you will find out in the article.

High up in the Appalachian Mountains, there was a mountain village near what is now the city of Hazard in the US state of Kentucky. It was there that the Frenchman Martin Fugate settled together with his American wife Elizabeth Smith. On the eastern shore of Troublesome Creek, they built a shelter, farmed the surrounding area, and built a life for themselves. They started a family and had seven children. Up to this point, this is a fairly normal story for life in the United States at the time. But now, things get really strange, because four of the couple’s children were born with blue skin color. As this merely looked unusual but was not accompanied by any health problems, the children were nonetheless able to lead an untroubled life.

At some point they too began to start families and reproduce. In those days, however, the area was not accessible by roads, so that hardly any strangers ever ended up in Troublesome. So marriages were not only concluded between family members of the Fugates and children of the few other families at Troublesome Creek, but couples also formed within the family – certainly also because the unusual skin color was not an issue for them.

All in all, the few families living there were very isolated from the outside world so that marrying the closest suitable person was quite normal. The result was that by 1900 the majority of the villagers exhibited a bluish skin tone, which must have had a very strange effect on new arrivals. Because in 1912, when the first coal mines were built in the region and railway tracks were laid, the settlement ceased to be so isolated and other people came in contact with the blue Fugates.

The reason for the blue skin color of the Fugates

The reason for the blue skin color is an extremely rare allele that causes a disease called methemoglobinemia. This causes an increase in methemoglobin in the blood, which occurs when the red blood pigment hemoglobin oxidizes. This also means that the blood no longer has the typical red coloring, but instead turns brown. Due to the increased concentration of methemoglobin, the blood also transports less oxygen, which then causes the skin to turn blue.

Read More: A cure for AIDS: The story of Timothy Ray Browns

How long this special composition of the blood was able to remain in the genes became apparent 100 years after Martin and Elizabeth fathered their first child. Because in 1975 Ben Stacy saw the light of day – and he, too, had blue skin. Apparently, he also had Fugate blood in his veins, which explained the unusual appearance. In his case, however, the blue color vanished a few weeks after birth and never returned.

The fact that the blue skin color has not spread further is due to the fact that it only occurs when both parents carry this allele, as this is a recessive gene. As in the case of Ben Stacy, this may also be the case if neither parent is blue, because persons carrying the allele need not necessarily display the corresponding symptoms. Therefore, Ben’s blue skin color initially caused great confusion and only his grandmother was able to clarify the matter, as she still remembered the blue Fugates.