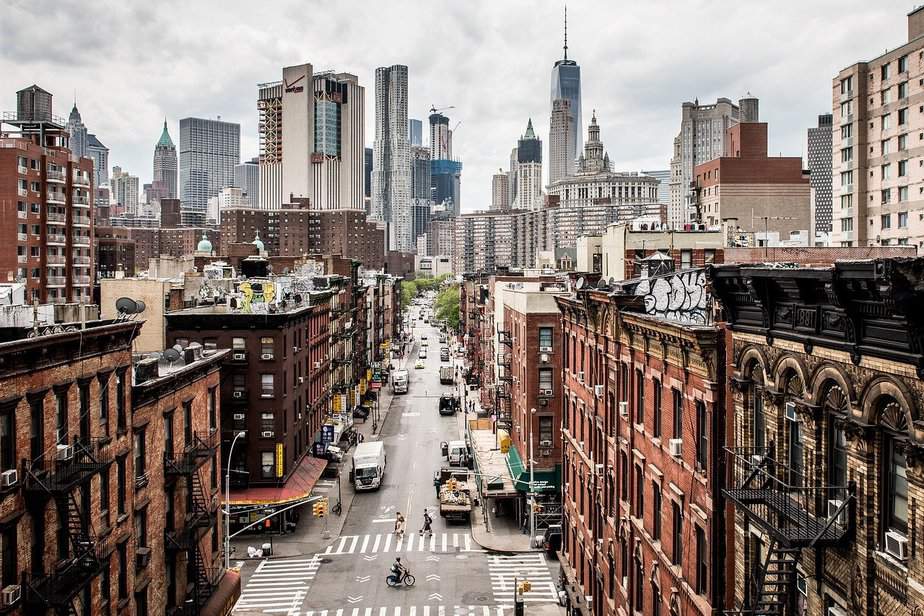 Those who travel to New York are often particularly impressed by Manhattan. In the first few hours, most people find it difficult to take their eyes off the imposing skyscrapers. But the island at the mouth of the Hudson River has much more to offer than the One World Trade Center, the Empire State Building, and the Rockefeller Center. In addition to Wall Street, the New York district also boasts Little Italy, the famous Fifth Avenue, Central Park, and Grand Central Terminal – and a thin, white line. It spans an area of about 40 square kilometers and tourists probably won’t even notice it with all the sights. But what is it all about?

An aid for the Jewish community

In the Jewish faith, it is forbidden to work on the Sabbath. It lasts from sunset on Friday until the onset of darkness on the following Saturday and is the only Jewish festival to have been included in the Ten Commandments. Accordingly, the Sabbath is to be kept holy, as it is a reminder of God’s day of rest after creating the world. So on this day, you should set aside time to assure yourself of your religion and yourself.

According to the Jewish faith, any activity that could influence the course of things and the external environment is considered work. For example, you are not allowed to work, write anything down, watch TV, drive a car, cook or carry anything outside the house. These regulations surely strengthen family life in what appears to be an increasingly hectic time, but it may also be seen as bothersome to have to follow such strict rules.

The Eruv Saves The Sabbat

In order to at least counter the problem of transporting things outside the home, the idea of extending the living area was born a long time ago. From then on, the rule applied within settlements that a communal living area was defined by a closed wall. Within these limits, it was allowed to carry things in hand. Later on, this borderline was changed to a symbolic limit, which had to be unbroken. For this, a thin string was indeed sufficient.

In order to loosen the strict rules of the Sabbath for the Jewish community in Manhattan, a fishing line was stretched around the area. The material used is one of the reasons this religious boundary is hardly ever noticed. Another factor is that sometimes even buildings are sufficient so that no additional symbolism is required. Immediately next to buildings, even small gaps are allowed, as long as they are less than 15 feet wide, as they are considered passageways.

But in order to make sure that other than this the string is indeed gapless, Rabbi Moshe Tauber cycles the so-called Eruv’s route in Manhattan every Thursday. After recording all defective spots, he has them repaired by two craftsmen the next day. This way, Jews in Manhattan can be confident that they will not unwittingly violate the Sabbath rules during the upcoming Sabbath which starts on Friday evening.

By the way, such areas, in which certain things are also allowed on the Sabbath, not only exist in New York. All in all, there are more than 150 of them outside Israel. Eruvs can be found in particular in many North American cities such as Toronto, Dallas and Washington, but also in Melbourne, Australia. In Israel itself, there are even far more zones of this kind.