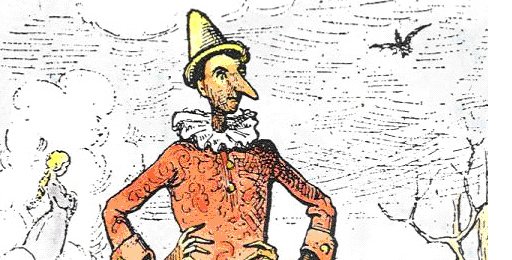 Researchers have discovered that human noses actually grow when they lie – the so-called Pinocchio effect. But what exactly is behind it? We’ll tell you!

A liar’s nose is growing

What is the difference between Bill Clinton and Pinocchio? None! That – or something like that – was how the jokes went 20 years ago, when the then president of the United States had to testify before the grand jury about his affair with Monica Lewinsky. And there were clear contradictions between sound and image.

Clinton said loud and clear that he had not had an affair with the intern. For any emotional psychologist, however, the corresponding images told a different story. Clinton was lying. And he had to repeat his false statement quite often – a dream for psychologists, a disaster for the accused president. Because William Jefferson “Bill” Clinton, the 42nd President of the United States, displayed a displacement activity that exposed him: he kept touching his nose – every time he affirmed that he had not been intimate with Lewinsky.

But what was the reason? Why did Clinton keep touching his nose? Scientists have investigated this and have come to the conclusion that the reason is actually quite simple. The truth is that when people lie, they are under stress and that makes their nose itch. This is because stress produces a large number of hormones that increase your pulse rate.

The result is that a muscle on the inside of the eyes in particular is supplied with more blood, which causes what researchers have dubbed the “Pinocchio Effect”. The nose becomes warmer, it itches and – it grows! Although it is not visible to the human eye, it does indeed start to swell a little bit. Scientists have been able to record these reactions using thermal images, showing that liars really do have long noses.