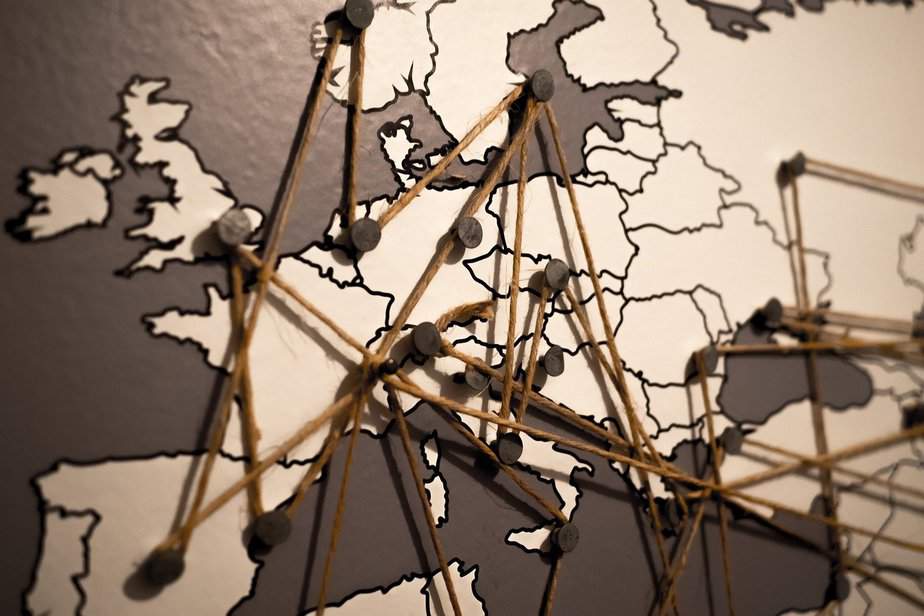 One of our most popular facts is that everyone in the world is connected to everyone else through only six relationships. How can you tell that? Is that even true? And what does actor Kevin Bacon have to do with this? We’ll tell you.

Only six people connect us all

The theory that every person is connected to every other person through a maximum of six relationships goes back to a short story published by the Hungarian author Frigyes Karinthy in 1929. In one of his many stories, he described that all people are inexplicably connected to each other via only five links. At the time, this notion was still considered science fiction, and only few believed that this idea might actually be true.

However, the young US psychologist Stanley Milgram found himself fascinated by this interesting idea, and so in 1967 he started an easy but illuminating experiment. He invited 60 participants from the distant towns of Omaha and Wichita to come to Harvard University in Boston and gave them each a small package. The participants were instructed to go back home and send the package back to a specific target person in Boston. The challenge was that the participants were not allowed to send the package directly to the target person, but only to friends and acquaintances. These included only those persons who they were allowed to address by their first name and who in turn were only allowed to forward the parcel to their friends and relatives. The objective of the exercise was to find a friend or relative who knew the target person and could finally deliver the parcel.

The surprising result: although only three parcels actually ever arrived with the target person, they only needed an average of 5.5 intermediaries. While it was clear that this result was not representative, the rumor quickly spread that each American was connected to any other person through only six relationships. In a second experiment with 217 packages, 64 of which reached their target, the number six was confirmed again. At the same time, however, ethnic differences were discovered, as well: only 13 percent of the packages reached their destination if the starting person was an African American. This number rose to 33 percent if the starting person was white.

To this day, there is disagreement about the results of the experiment, because the success rate in further attempts was always so low that no clear conclusion could be drawn about the packages that had not arrived. So maybe only a very small part of humanity is connected to all other people through six more people, while all others need more contacts.

The largest bacon number ever found was a ten and applies to a total of seven actors listed on the IMDB film portal. The vast majority of all actors, however, have a bacon number of five or less, which is why scientists believe that Milgram’s findings must apply to most people.