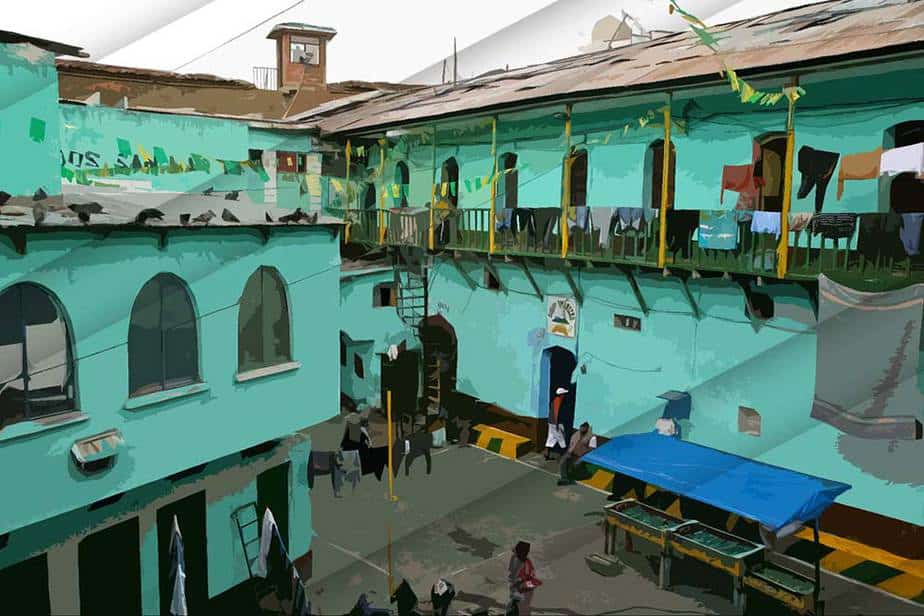 Everyone imagines a prison more or less the same: high walls, cells, inmates, guards, and strict rules. But in San Pedro Prison in the Bolivian capital, everything is different, so that a separate society has emerged in this microcosm.

San Pedro – The prison is a world of its own

One special feature of the San Pedro prison is that it is the world’s highest prison. But at 3,600 meters above sea level, the air is not yet so thin that one would suspect a crazy idea on the part of the judicial authorities if one were to hear that the strict hand of the law remains outside this prison – in the truest sense of the word. Because in this jail, there are no guards – they only keep an eye on everything from outside. If you can even call it that.

It is the prisoners themselves who organize San Pedro. Why is it like that here in La Paz? Hard to say. This is just how things evolved over the decades. The prison can already look back at a history of more than 100 years, and it seems reasonable to assume that at some point the state simply gave up trying to play watchdog here. Or even being able to do so. Today, this is a small town of its own with a few thousand inhabitants – and its own rules.

Read more: What is the Pinocchio Effect? How to spot a liar!

A Prison with Restaurants and More

The Bolivian state has left the design of the interior of San Pedro to the inmates. But can you even call them inmates? Not only the prisoners live here, but also their families. Marriages are celebrated in prison and children grow up here. There are restaurants that are run by the convicts and even market stalls and souvenir shops for the tourists who can stroll around and sample the cocaine. Which, of course, is made by the inmates. What you will not find, however, is bars and guards in uniform. Is this the ultimate anarchy?

At least not where the wealthier prisoners live. They have televisions, gas stoves, and room for their families. Only where the poorest prisoners are detained can the situation be described as anarchic. People sleep in the dirt and deal with the miserable remains of coke production: crack. But that doesn’t interest the guards outside the walls. The state touts this non-system as modern and integrative. But that is not the full truth. The daily news from San Pedro prison is filled with violence, drugs, and murders, even though La Paz actually means “peace” in English.

But there is also one person who spent four months in this inferno of his own free will. The Australian Rusty Young immersed himself in this prison 18 years ago to get to know it. Rusty is the main reason why the public knows anything about San Pedro at all today because he was allowed to move around in prison and nobody hid anything from him.

And of course he saw everything. The drugs. The daily violence. The dead. The Jacuzzis which the rich inmates were able to afford in their luxury apartments. The cat addicted to crack. If you are not too sensitive, you can read his report, because Rusty wrote a book about his stay in prison. But that did not result in any change to the conditions in San Pedro.