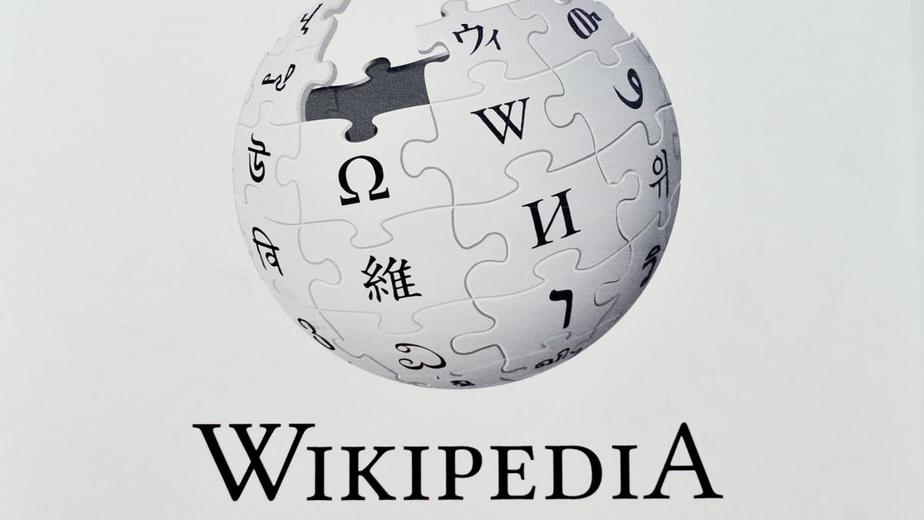 Wikipedia is the largest encyclopedia in the world and it is freely accessible. This is only possible because of the countless authors and moderators who volunteer their time and energy to the repository of knowledge. One man stands out from this crowd: Steven Pruitt, who improved more than three million Wikipedia articles. Here is his story.

So much dedication, without receiving a single cent for it, is truly remarkable. But is not all! Because Wikipedia is one of the most widely read websites in the world, his volunteer work actually leads to influence.

That’s what Time Magazine thought, which is why they named Steven Pruitt one of the 25 most influential people on the Internet in 2017. This puts him on a par with Donald Trump, J. K. Rowling and Kim Kardashian, who were also part of the exclusive group. The English-language Wikipedia recorded 904 million unique views in the last 12 months, or around 2.5 million per day. On average, 1.25 million readers a day are likely to stumble across an article in which Steven Pruitt has participated. That is why a certain amount of influence can indeed be attributed to him and his ideas.

Who is Steven Pruitt?

Stephen Pruitt works under the pseudonym Ser Amantio di Nicolao, which immediately reveals his second passion besides Wikipedia, because it is the name of the notary from Puccini’s opera Gianni Schicchi. After returning home from his work in the archives of the US Border Patrol in San Antonio to his parents, who always support him in his work, the 34-year-old devotes almost three hours a day to improving Wikipedia. To most people that sounds like a lot of drudgery, but Pruitt likes his routine and likes to describe himself as a creature of habit. Still, he doesn’t spend all day reviewing border patrol files or the swarm intelligence of Wikipedia. On top of that, he regularly drives from his home in Mount Vernon to nearby Washington D.C. to sing in the Capitol Hill Choir.

Prior to his current position, he attended the College of William & Mary in Williamsburg, Virginia, where he graduated in art history in 2006. However, he did not find work at first, so he already spent half a day writing and editing Wikipedia entries at that time. But what is driving him?

The question of why

According to his own statements in an “Ask Me Anything!” on Reddit, he became aware of Wikipedia in 2001, before he started his studies in 2002, and whenever he wanted to find out more about a topic, he could watch Wikipedia climb higher and higher in the search results. At the beginning he still doubted the success of an encyclopedia in which simply everyone could participate. But curiosity got hold of him and he created his first account to participate in the project.

Knowledge for the world

His first article dealt with his great-great-great-great-great-grandfather Peter Francisco, a Portuguese who fought in the War of Independence and earned the name “Giant of the Revolution”. This laid the foundation for his writing career and he began to integrate his knowledge of art history and music into Wikipedia.

However as his research progressed he wrote about everything that interested him to share his knowledge with the world. Already in 2004 a fellow student said about him that he had an intense need to spread knowledge. The moment he learned something new, he immediately had to pass it on to others.

As sources Steven Pruitt likes to use other encyclopedias for the beginning, because they show him that another author found his subject worth mentioning as well. If the relevance is thus ensured, he reads mainly in topic-specific books and scientific magazines.

But he also makes use of sources on the Internet, as long as he trusts them, in order to be able to examine a topic from all sides.

Are there moments of exhaustion?

But of course Steven Pruitt also has moments where he leans back in his chair and asks himself “Why am I doing this?” But then he goes back to all the articles that, thanks to him, offer the readers a higher quality and especially to those topics that were hardly ever present on the Internet before.

Then he knows that he has rendered a service to humanity, which creates motivation for new projects. He firmly believes that Wikipedia has changed the world and, at the same time, the way people think about knowledge. He is still impressed by the basic idea of the encyclopedia: free knowledge for everyone.

How do others see his hobby?

Wikipedia is still a beloved hobby for him, even though it consumes a good part of his free time. In the meantime, the self-taught man even describes himself as an editor-addict, because without Wikipedia he could no longer imagine his life.

But how do others see this passion? At the beginning, people often smiled at his work, he admits. Even his parents couldn’t always understand his urge, but at least since his nomination by Time Magazine, everyone recognizes the relevance of his work.

Since then, many newspapers and television stations have dedicated a feature to Steven Pruitt. For example, on the occasion of Wikipedia’s 18th birthday, he was invited to appear on CBS This Morning.

But for all his love for his community, Pruitt also criticizes. Throughout his career as a Wikipedia author, he has seen the tone of the community changing towards newcomers

He notices rougher manners and doubts that he would have developed such drive if he were new to the community today. He would like to see a more friendly attitude towards young Wikipedians again, so that they too can experience the wow-effect he fell for back then.

To keep as many young people as possible interested in Wikipedia, while ensuring quality, Steven Pruitt teaches young authors how to edit articles. He teaches important skills such as recognizing relevant topics, working with sources and adhering to formal guidelines.

Automation tools, for example to place links to a newly written article in all other articles, are also part of his workshops. In this way, he hopes to be able to further advance the triumphant advance of free knowledge.

Stephen Pruitt describes himself as the typical Wikipedia author: young, educated, with a university degree – and male. In fact, about 90 percent of the volunteers are male. Unfortunately, this imbalance is also reflected in the gender distribution of the articles about personalities, because not even 18 percent of all articles focusing on a specific person deal with women.

To counteract this imbalance, he wrote over 600 articles on influential women, which have received little attention so far. This mission was another reason for Time Magazine to nominate Pruitt.

Of course, Wikipedia itself also tries to improve the lack of female authors and articles about women. The project Women in Red, for example, is intended to help increase the presence of articles about accomplished women. The name refers to the red links on Wikipedia, which say that a topic or person deserves an article of their own, but it has not yet been written. So the aim of the project is to turn as many red-coloured women’s names as possible into blue-coloured ones.

How does Steven Pruitt edit so many articles?

His first edit – he remembers – probably took place in 2004. Unfortunately, he can’t trace it back exactly, because he used several other accounts before his current account, but forgot his passwords again and again.

If you now divide the three million articles by the number of days between today’s date and January 1, 2004, you get 521 edits per day. With an average of three hours a day, that would be about three edits per minute. So it’s clear that this can’t be done by manual work alone – especially since he certainly could sacrifice less time for Wikipedia during his time as student than today.

As he says himself, the automatisms available for Wikipedia make work much easier. For example, he uses AutoWikiBrowser to set links automatically, which of course count as editing. If his Internet connection is good, he can create several hundred articles in an hour, which would otherwise probably take months.

In addition, there are tools that help to correct spelling and grammar mistakes or to code maps to places mentioned in articles. But for the future he would like to see more tools from Wikipedia to identify and improve bad articles.

Who is Steven Pruitt?

Steven Pruitt is an American who works in the archives of the U.S. Border Patrol and has been ranked by Time Magazine as one of the 25 most influential people on the Internet in 2017 for his millions of edits on Wikipedia.

How many Wikipedia articles has Steven Pruitt written?

Steven Pruitt has written over 35,000 articles himself.

How many Wikipedia articles has Steven Pruitt edited?

Does Steven Pruitt get paid for his work on Wikipedia?

No, he does not receive any money from Wikipedia. He even turned down offers to write an article for money.

Does Steven Pruitt do all editing manually?

No, he also uses tools provided by Wikipedia for automated editing. Otherwise his record would not have been possible.

Where does Steven Pruitt live?

Steven Pruitt lives in Mount Vernon with his parents near Washington D.C.

What does Steven Pruitt do in his spare time?

When he’s not working or writing and editing for Wikipedia, he sings in the Capitol Hill Choir in Washington D.C. or devotes himself to his passion for opera.