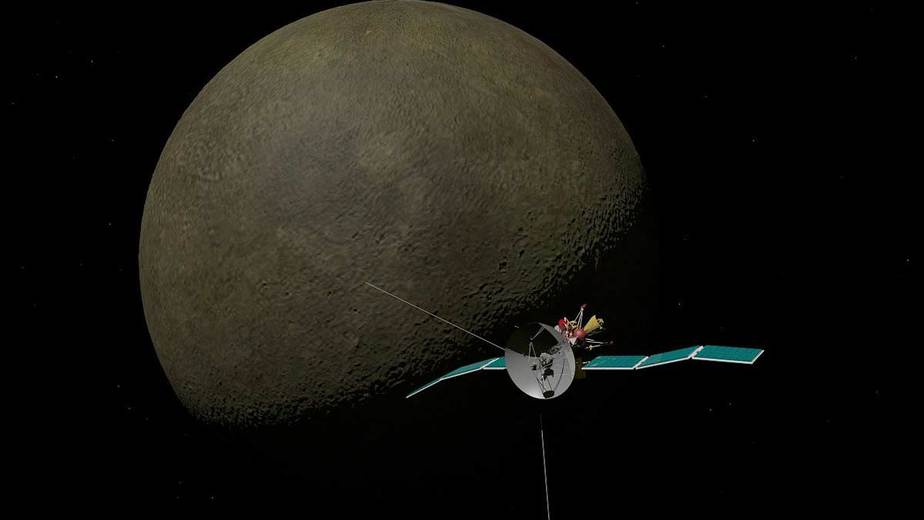 Mercury is the planet in our solar system which is closest to the sun. You can expect that it is getting pretty hot there! But did you know, that nevertheless, Mercury is not the hottest planet? There are plenty more astonishing facts about Mercury and we summed them up in this article.

1. Scientists assume that Mercury used to be Trabant of Venus until it evaded its gravity.

2. Besides Venus, Mercury is the only planet that does not have a moon.

3. Mercury is the closest planet to the sun in our solar system. The distance is 36 million miles (58 million kilometers), about a third of the way between the earth and the sun.

4. With its surface shaped by countless craters, Mercury resembles our moon. We also have some interesting facts about the moon.

5. Mercury has already been visited twice by space probes: 1974 by Mariner 10 and 2011 by Messenger. The BepiColombo probe started in 2018 and is expected to reach its destination in 2021.

Read more: 33 Fun Facts About Mars You Need To Know

7. Mercury is just over a third the size of Earth, making it the smallest planet in the solar system.

9. A year, one circumnavigation of the sun, takes only 88 days on Mercury.

10. If one were on the surface of Mercury, one could observe a strange phenomenon. It may be that the sun rises to a certain point in the sky and then sets back again. Afterwards the sun can rise again on the same Mercury day. This is only possible because the planet rotates three times while circling the sun twice.

11. Mercury is named after the Roman messenger to the gods.

12. Since Mercury is already visible to the naked eye during twilight, it is not clear who first discovered the planet. However, the astronomer Timocharis of Alexandria 265 BC was the first to record the observation.

13. Due to its small size, Mercury has too little mass and gravity for building a stable atmosphere. Solar winds can therefore easily blow away attracted gases.

14. Mercury was hit by a giant asteroid an estimated four billion years ago. It left a Texas-sized crater – the Caloris Basin. It is 950 miles (1,525 kilometers) wide.

15. There is water ice on Mercury.

16. Mercury has the largest core in relation to its diameter. About 85 percent of the planet belongs to the core.

17. Mercury has at tail of rock particles. Scientists are still unsure, how to explain that phenomenon.

18. The rays from the sun are around seven times stronger on Mercury than on Earth. Would you like to read more facts about the sun?

We also offer more facts about planets so make sure to check them out as well. However, if you prefer more general facts we can also highly recommend our best fun facts. To get your daily dose of unbelievable facts and useless information we strongly recommend following us on Instagram, Pinterest, Twitter, or Facebook and to check out the books we have published for you.