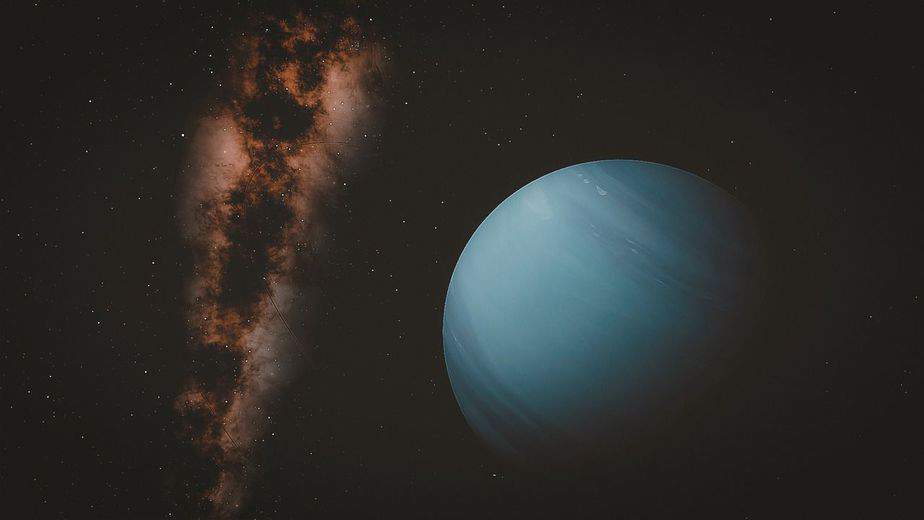 1. Neptune, Saturn and Venus are the names of three seaside resorts in Romania.

2. The existence of Neptune was mathematically predicted before the planet was directly observed, based on the orbit of Uranus.

3. Neptune is the farthest known planet from the Sun in the Solar System

4. It takes Neptune 165 earth years to circle the sun.

5. Neptune was named after the Roman god of the sea because of its blue appearance.

6. Neptune was discovered in 1846 by German astronomer Johann Gottfried Galle using a telescope. Did you know that Galileo Galilei did not invent the telescope but only improved it? In our article you will find more surprising facts about him.

7. Storms on Neptune can almost reach supersonic flow. With wind speeds of up to 764 miles per hour (1,230 Kilometers per hour), Neptune has the heaviest storms in the solar system.

8. Although Neptune is a gas planet, the core of the planet, which is roughly the size of the Earth, is made of rock.

9. The gravity of Neptune is just 14 percent higher than the gravity on Earth.

10. Triton, the largest of Neptune’s 14 moons, was discovered just 17 days after the planet was first sighted.

11. There are two “Great Dark Spots” on Neptune where storms can rage for several months and even several years.

12. The blue color of Neptune is due to the methane in the atmosphere, which mainly consists of hydrogen and helium.

14. At -235 degrees Celsius, the coldest temperature in our solar system to date was measured on the Neptune moon Triton.

15. While Saturn has long been known for its rings, the ring systems around the gas planets Jupiter, Uranus, and Neptune were first discovered in the 1970s.

16. Neptune’s magnetic field is about 27 times as strong as that of Earth.

17. Neptune is 2.8 billion miles (4.5 billion kilometers) from the sun. It took the “Voyager 2” spacecraft twelve years to reach the planet.

Did our Neptune facts impress you? What was your favorite one and do you know even more? Write us a message and we will publish them. Are you interested in even more facts? Then you should have a look at our books containing facts about a wide range of topics. Furthermore, in our facts section, you will find a bunch of facts lists as well as fascinating background stories. You want to stay in touch? Great, straight follow us on Instagram, Pinterest, YouTube, Twitter, or Facebook for new facts and trivia every day. We would be pleased to share our findings with you.