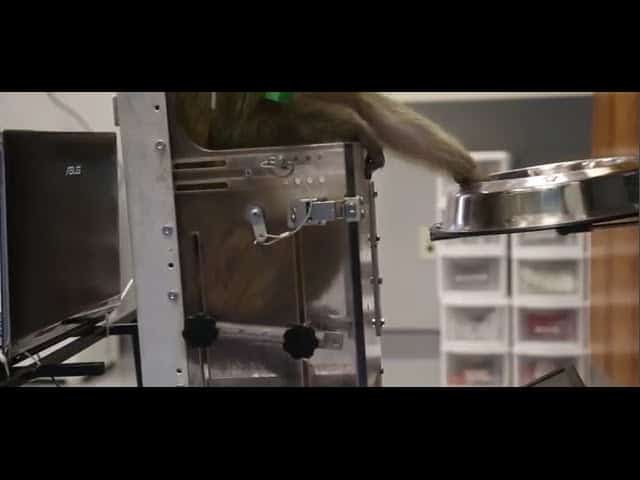 While watching the X-Men movies, did you think how great it would be if you could steer a wheelchair like Professor Charles Xavier? In the Marvel films, the paralyzed man controls his fancy vehicle simply by the power of his thoughts. An incredible idea – if this were possible, life would be much more comfortable for people with walking disabilities. This fantasy could become reality, because researchers have succeeded in showing that monkeys could control a wheelchair by the power of their thoughts.

The scientific magazine Scientific Reports published an article in March 2016, describing how monkeys had learned to control a wheelchair using only their thoughts. Miguel Nicolelis from Duke University Medical School in Durham, North Carolina, and his colleagues were investigating to what extent it is possible to translate brain signals in order to move mechanical objects. But how could something like this be possible? Apart from the technical details, the experimental setup was relatively simple.

Two monkeys were strapped to a wheelchair. Well, in truth, this rolling construction would remind viewers more of a cage than of a wheelchair. Sitting on the locomotion aid, unable to move, the animals were first repeatedly moved towards a lure – an enticing bowl of grapes. During this process, the areas of the brain responsible for movements were activated. It was precisely in these areas that the researchers surgically implanted several electrodes that were wirelessly connected to the wheelchair. This created a kind of interface between the monkey’s brain and the vehicle – the so-called brain-machine interface (BMI).

Since the electrodes recognized activity in the brain, it was possible to translate the impulses emitted by the monkeys and transmit them to the wheelchair’s controls. By first being pushed in the wheelchair by the scientists, the monkeys first got to know the new movement and were then able to trigger it themselves, using only the power of their thoughts.

The experiment was indeed successful and the monkeys were able to move the wheelchair by the power of their thoughts alone. This is tremendously remarkable: Previously, the monkeys had never controlled a wheelchair themselves, so that there was no area in the brain responsible for this activity – in neurobiology this is called representation. The longer the experiment went on, the more the animals’ abilities improved, so that the precision of their movements constantly increased.

But a catch remains: the monkeys were not really paralyzed and were therefore able to control the muscles in their limbs. Therefore, sensory neuron impulses could have contributed to the impulse transmission through minimal movements of arms or legs. In this case, it would not have been a completely unknown movement that was learned.

The objective of this research is to help paralyzed people. The scientists believe that the possibility of controlling things by the power of one’s thoughts could restore the mobility of even severely disabled people. For the future, they hope for a functional implant that is so small that it can be placed under the skin. Then, the hurdle for paralyzed patients to undergo this procedure would also be considerably lower.

Wireless transmission of signals could immensely improve the quality of life of these people. Just think of the famous scientist Stephen Hawking. He was one of the most intelligent people on the planet, but apart from a few muscles in his face, he was unable to move because he suffered from the dangerous disease ALS (amyotrophic lateral sclerosis), which destroys the motor nervous system and makes it impossible to control muscles. But his mind worked perfectly, and that is exactly why Miguel Nicolelis’ experiment offers enormous hope.

link to Who was Gregor MacGregor, Prince of Poyais?